The only original Colorado Springs theatre pipe organ still in existence, this Wurlitzer Unit Orchestra is complete and almost exactly as it was originally installed in the Burns Opera House (later known as the Chief Theatre) in 1927. The original cost of the organ was $14,000.00, a significant investment when you consider a new Model A Ford that year cost about $400.

The organ was carefully dismantled and removed from the theatre in the Spring of 1973 by members of the Pikes Peak Theatre Organ Society after the theatre was condemned to demolition. Over the next few years, members invested over 5000 man-hours rebuilding the instrument and performing the installation in City Auditorium where it was rededicated in March of 1979.

END_OF_DOCUMENT_TOKEN_TO_BE_REPLACED 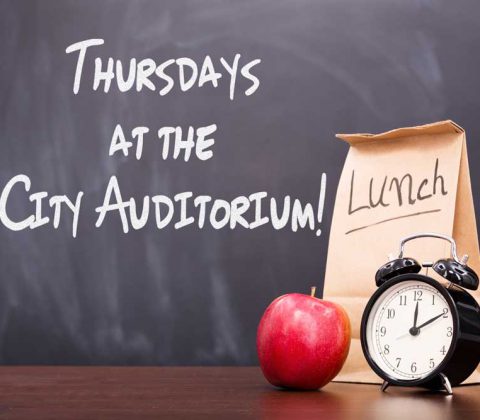 Sacklunch Serenade is back for 2017!